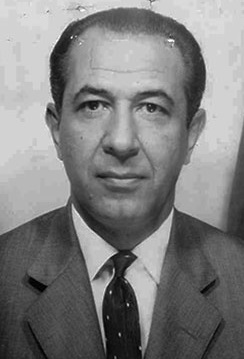 Jahangir Amuzegar (; January 13, 1920 – January 17, 2018) was an Iranian economist, academic and politician. An economist by training, Amuzegar served as Minister of Commerce and Minister of Finance of Iran from 26 May 1962 until 19 July 1962. He also acted as an executive director of the International Monetary Fund. Amouzegar held a bachelor's degree in economy from Tehran University. He pursued his studies and eventually got a doctorate from UCLA.

His brother, Jamshid Amuzegar, was a Prime Minister of Iran during the Shah's reign.

He died on 17 January 2018 in the United States, 4 days after his 98th birthday. Provided by Wikipedia
1