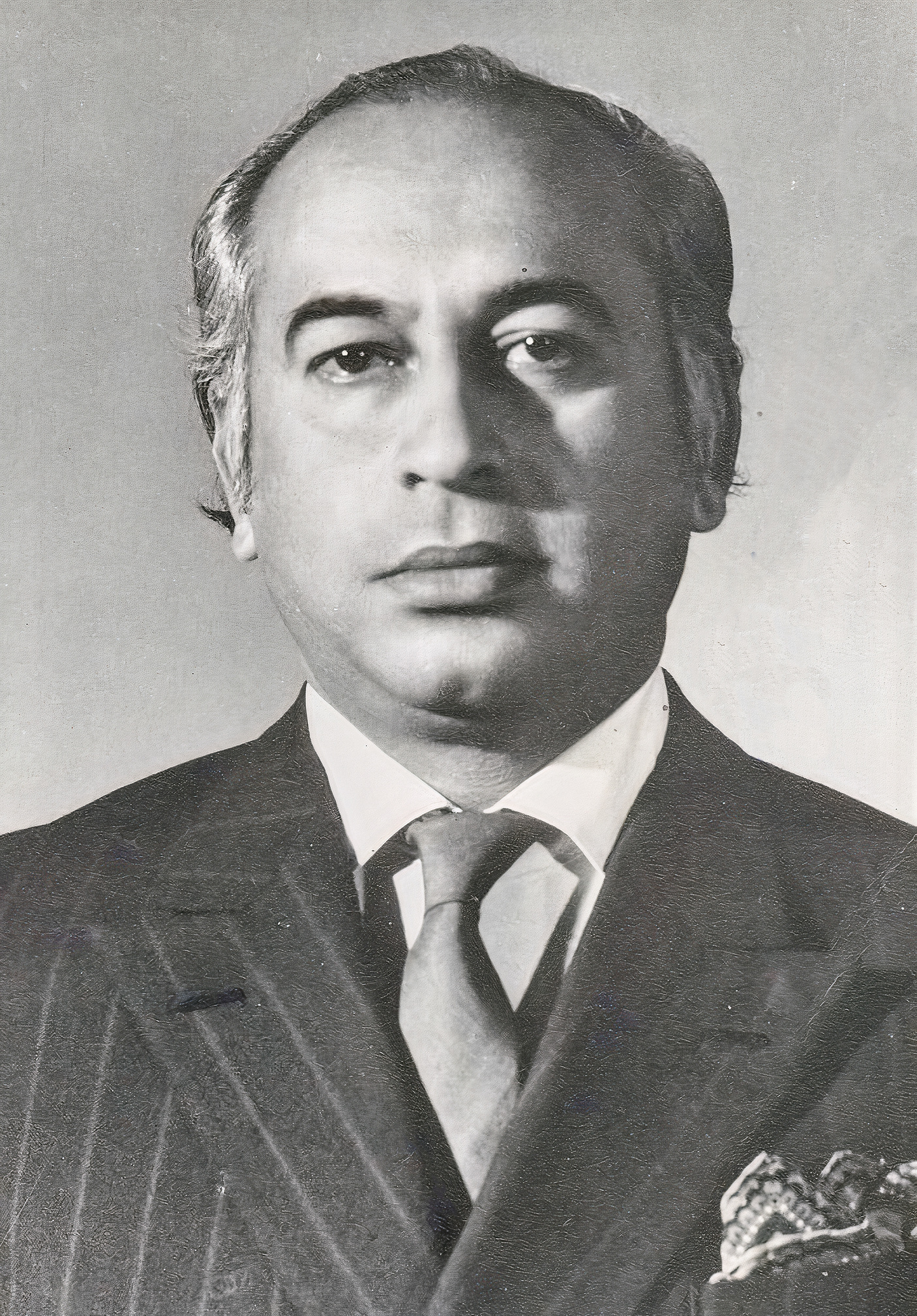 Born in modern-day Sindh and educated at the University of California, Berkeley and the University of Oxford, Bhutto trained as a barrister at Lincoln's Inn, before entering politics as one of President Iskander Mirza's cabinet members, and was assigned several ministries during President Ayub Khan's military rule from 1958. Appointed Foreign Minister in 1963, Bhutto was a proponent of Operation Gibraltar in Kashmir, leading to war with India in 1965. After the Tashkent Agreement ended hostilities, Bhutto fell out with Ayub Khan and was sacked from government. Bhutto founded the PPP in 1967 on a socialist platform, and contested general elections held by President Yahya Khan in 1970. While the Awami League won a majority of seats overall, the PPP won a majority of seats in West Pakistan; the two parties were unable to agree on a new constitution in particular on the issue of Six Point Movement which many in West Pakistan saw as a way to break up the country. Subsequent uprisings led to the secession of Bangladesh, and Pakistan losing the war against Bangladesh-allied India in 1971. Bhutto was handed over the presidency in December 1971 and emergency rule was imposed. When Bhutto set about rebuilding Pakistan, he stated his intention was to "rebuild confidence and rebuild hope for the future".

By July 1972, Bhutto recovered 43,600 prisoners of war and 5,000 sq mi of Indian-held territory after signing the Simla Agreement. He strengthened ties with China and Saudi Arabia, recognised Bangladesh, and hosted the second Organisation of the Islamic Conference in Lahore in 1974. Domestically, Bhutto's reign saw parliament unanimously approve a new constitution in 1973, upon which he appointed Fazal Ilahi Chaudhry President and switched to the newly empowered office of Prime Minister. He also played an integral role in initiating the country's nuclear programme. However, Bhutto's nationalisation of much of Pakistan's fledgling industries, healthcare, and educational institutions was met with economic stagnation. After dissolving provincial feudal governments in Balochistan was met with unrest, Bhutto also ordered an army operation in the province in 1973, causing thousands of civilian casualties. Despite civil disorder, the PPP won parliamentary elections in 1977 by a wide margin. However, the opposition alleged widespread vote rigging, and violence escalated across the country. On 5 July that same year, Bhutto was deposed in a military coup by his appointed army chief Zia-ul-Haq, before being controversially tried and executed by the Supreme Court of Pakistan in 1979 for authorising the murder of a political opponent.

Bhutto remains a contentious figure, being hailed for his nationalism and secular internationalist agenda, yet criticized for intimidating his political opponents and for human rights violations. He is often considered one of Pakistan's greatest leaders, and his party, the PPP, remains among Pakistan's largest, with his daughter Benazir Bhutto being twice elected Prime Minister, while his son-in-law and Benazir's husband, Asif Ali Zardari, served as president. Provided by Wikipedia
1