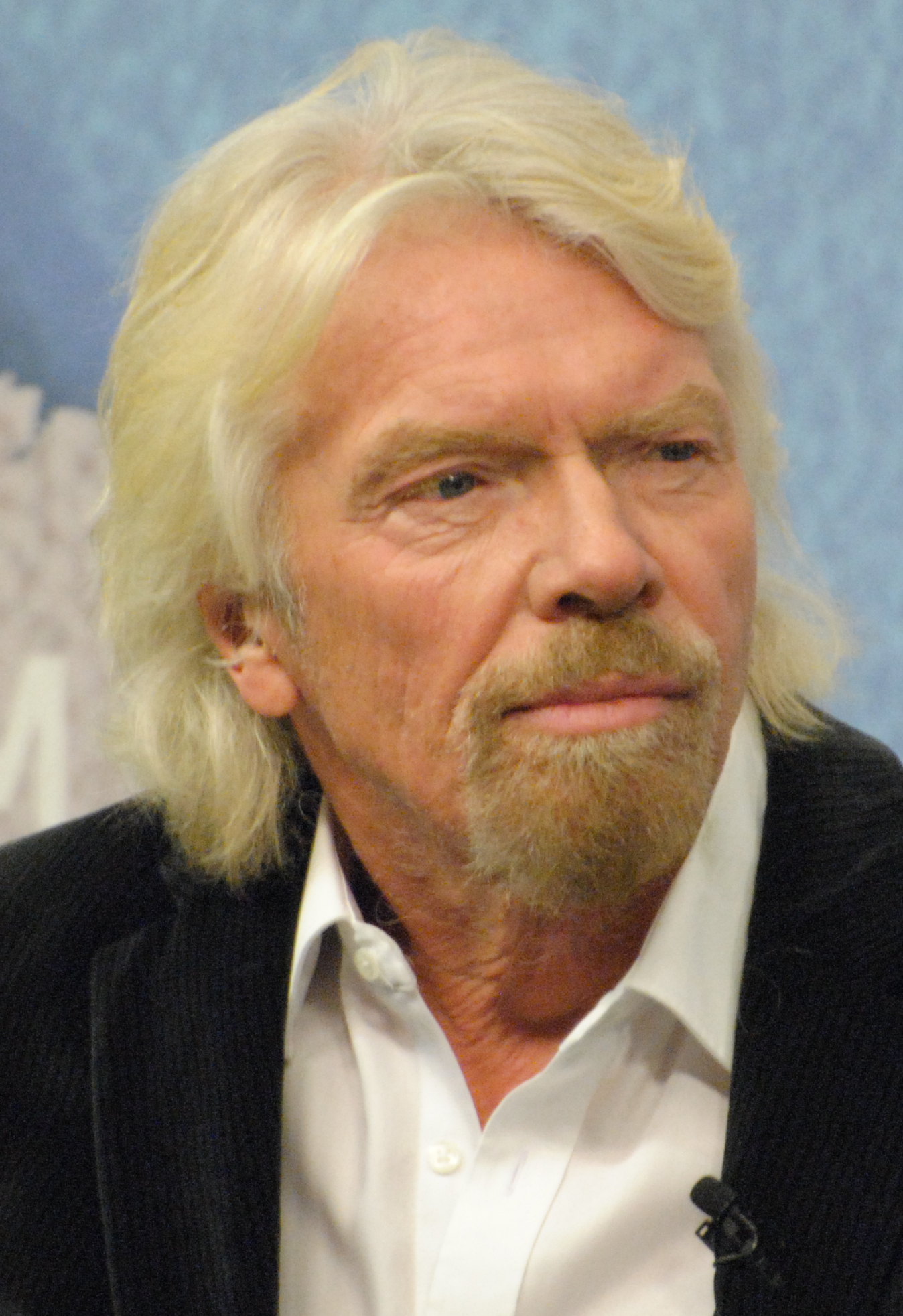 Sir Richard Charles Nicholas Branson (born 18 July 1950) is an English business magnate, investor, and author. In the 1970s he founded the Virgin Group, which today controls more than 400 companies in various fields.

Branson expressed his desire to become an entrepreneur at a young age. His first business venture, at the age of 16, was a magazine called ''Student''. In 1970, he set up a mail-order record business. He opened a chain of record stores, Virgin Records—later known as Virgin Megastores—in 1972. Branson's Virgin brand grew rapidly during the 1980s, as he started Virgin Atlantic airline and expanded the Virgin Records music label. In 1997, Branson founded the Virgin Rail Group to bid for passenger rail franchises during the privatisation of British Rail. The Virgin Trains brand operated the InterCity West Coast franchise from 1997 to 2019, the InterCity CrossCountry franchise from 1997 to 2007, and the InterCity East Coast franchise from 2015 to 2018. In 2004, he founded spaceflight corporation Virgin Galactic, based at Mojave Air and Space Port in California, noted for the SpaceShipTwo suborbital spaceplane designed for space tourism.

In March 2000, Branson was knighted at Buckingham Palace for "services to entrepreneurship". For his work in retail, music and transport (with interests in land, air, sea and space travel), his taste for adventure and for his humanitarian work, he has become a prominent global figure. In 2007, he was placed in the ''Time'' 100 Most Influential People in the World list. In July 2021, ''Forbes'' listed Branson's estimated net worth at US$5.7 billion.

On 11 July 2021, Branson travelled as a passenger onboard Virgin Galactic Unity 22 at the edge of space, a suborbital test flight for his spaceflight company Virgin Galactic. The mission lasted approximately one hour, reaching a peak altitude of . At 71, Branson is the third oldest person to fly to space and the first billionaire to do so. Provided by Wikipedia
1