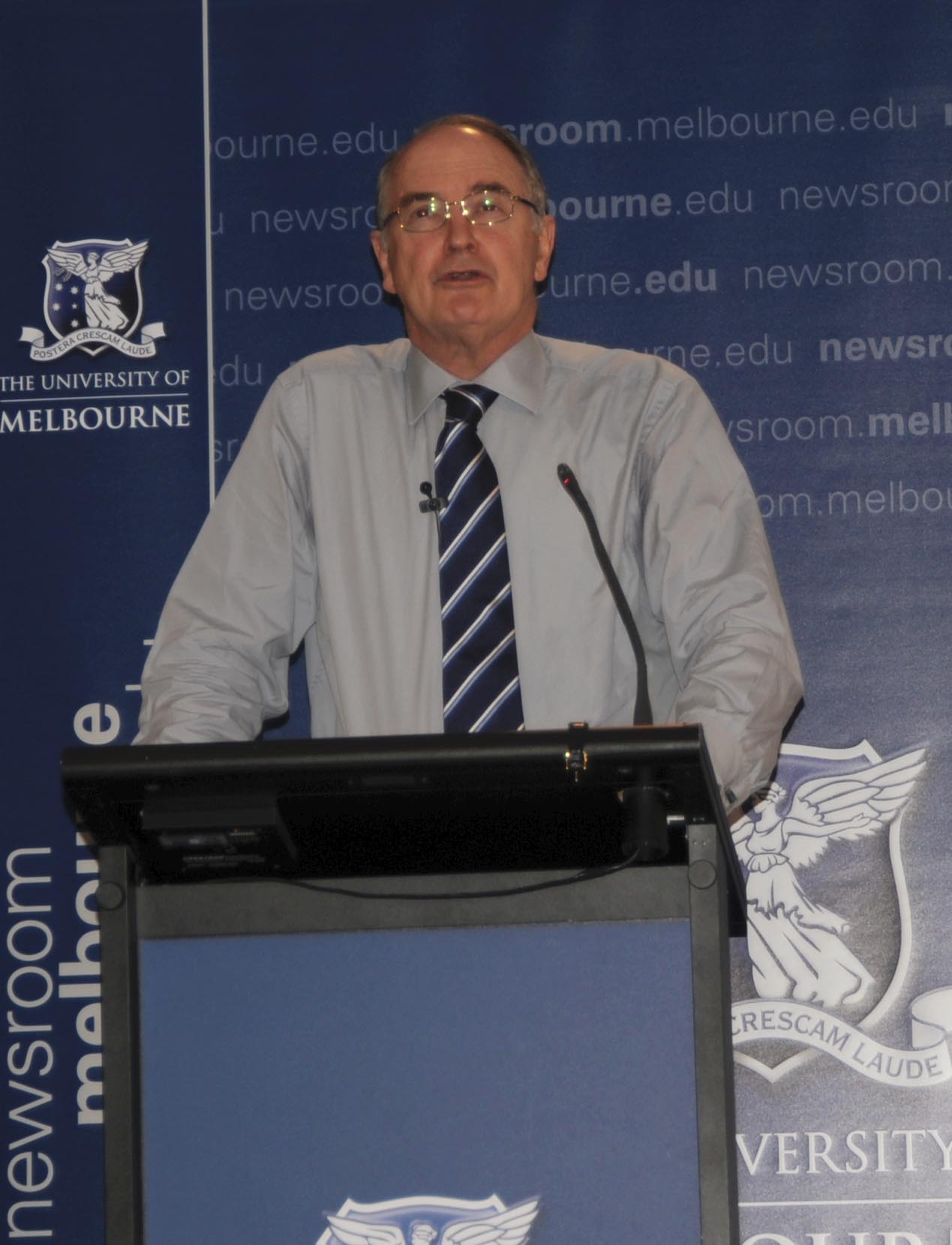 Ross Gregory Garnaut (born 28 July 1946, Perth) is an Australian economist, currently serving as a vice-chancellor's fellow and professorial fellow of economics at the University of Melbourne. He is the author of numerous publications in scholarly journals on international economics, public finance and economic development, particularly in relation to East Asia and the Southwest Pacific.

Throughout his career Garnaut held a number of influential political and economic positions as: senior economic adviser to Prime Minister Bob Hawke (1983–1985), Australia's ambassador to China (1985–1988), chairman of the Primary Industry Bank of Australia (1989–1994), chairman of BankWest (1988–1995), head of division in the Papua New Guinea Department of Finance (1975–1976) and chairman of Lihir Gold.

On 30 April 2007 the state and territory governments of Australia, at the request of Kevin Rudd, then leader of the Australian Labor Party and Leader of the Opposition, appointed Garnaut to examine the impacts of climate change on the Australian economy and recommend medium to long-term policies and policy frameworks to improve the prospects for sustainable prosperity. The Garnaut Climate Change Review was finalised on 30 September 2008, with a finalised update being released on 31 May 2011. Garnaut concluded his role as climate change advisor for the Australian Government on 30 June 2011. Provided by Wikipedia
1

The Political economy of manufacturing protection : Experiences of ASEAN and Australia
Published 1986
Other Authors: “...Garnaut, Ross...”

East Asia in crisis : From being a miracle to needing one?
Published 1998
Other Authors: “...Garnaut, Ross...”