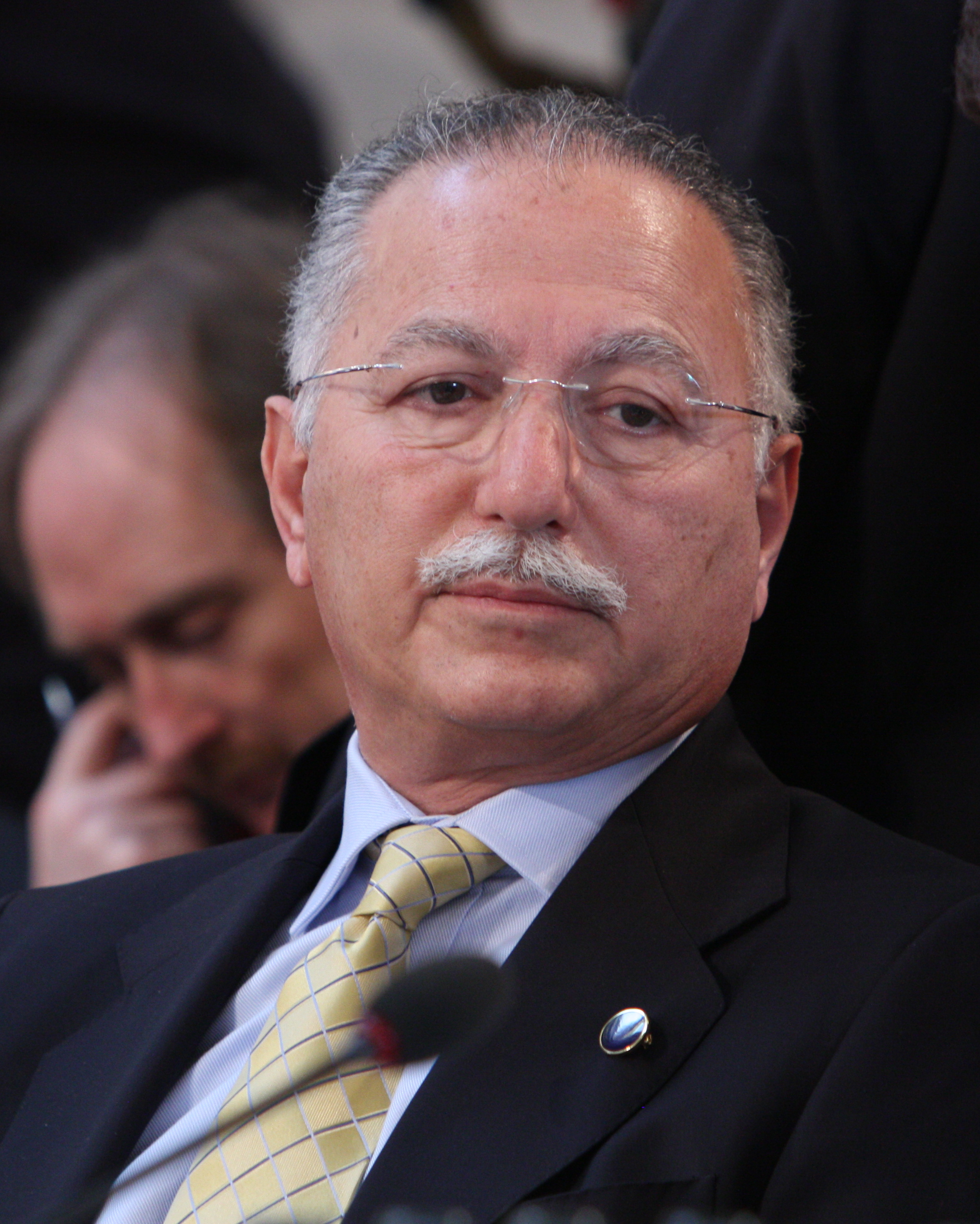 Ekmeleddin Mehmet İhsanoğlu (; born 26 December 1943) is a Turkish academic, diplomat and politician who was Secretary-General of the Organisation of Islamic Cooperation (OIC) from 2004 to 2014. He is also an author and editor of academic journals and advocate of intercultural dialogue.

İhsanoğlu studied science at the Ain Shams University, where he received his BSc in 1966. He remained in Cairo and obtained his MSc in 1970 from Al-Azhar University. İhsanoğlu received his PhD from the Faculty of Science at the Ankara University in 1974. İhsanoğlu's academic work has focused on the history of scientific activity and institutions of learning within Islam, cultural exchanges between Islam and the West, the relationship between science and religion, and the development of science in its socio-cultural environment.

İhsanoğlu was the founder of the Department of History of Science at the Faculty of Letters of Istanbul University, and he remained the chairman of that department between 1984 and 2003. He was also a lecturer and a visiting professor at various universities, including Ankara University, the University of Exeter, United Kingdom (1975–1977), Inönü University (1970–1980), the University of Malatya (1978–1980), and Ludwig Maximilians University of Munich, Germany (2003).

After taking the office as the ninth Secretary General of the OIC in January 2005, İhsanoğlu coordinated the drafting and implementation of a reform program for the OIC aiming to increase the efficiency and effectiveness of the 57-member Organisation. The reform program's components included the "Ten-Year Programme of Action to Face the Challenges of Twenty-first Century" (later implemented by the Third Extraordinary Islamic Summit Conference in 2005) and a revised OIC Charter which was adopted by the OIC at the Eleventh Islamic Summit Conference in 2008. İhsanoğlu was one of the signatories of A Common Word, an open letter by Islamic scholars to Christian leaders, that called for peace and understanding.

İhsanoğlu was announced as the joint candidate of the two opposition parties in the Turkish parliament, Republican People's Party (CHP) and Nationalist Movement Party (MHP) for the 2014 presidential election. He was also supported by 11 other smaller opposition parties. He lost in the first round with 38.44% of the votes. In the June 2015 general election, İhsanoğlu was elected as a MHP Member of Parliament for İstanbul's 2nd electoral district. He was the MHP's candidate to become the Speaker of Parliament in the June–July 2015 speaker elections, but was eliminated in the third round. And then he became the member of Parliamentary Assembly of the Council of Europe. Provided by Wikipedia
1

The Old bridge (Stari Most) in Mostar
by Pasic, Amir
Published 1995
Other Authors: “...Ihsanoglu, Ekmeleddin...”

Transfer of modern science & technology to the Muslim world : Proceedings of the International Symposium
Published 1992
Other Authors: “...Ihsanoglu, Ekmeleddin...”

World bibliography of translations of the Holy Qur'an in manuscript form
Published 2000
Other Authors: “...Ihsanoglu, Ekmeleddin...”

A Survey of Islamic Cultural Monuments until the end of the 19th century in Bosnia
by Handzic, Adem
Published 1996
Other Authors: “...Ihsanoglu, Ekmeleddin...”

Proceedings of the International Seminar on Islamic Civilisation in the Malay World
Published 1999
Other Authors: “...Ihsanoglu, Ekmeleddin...”