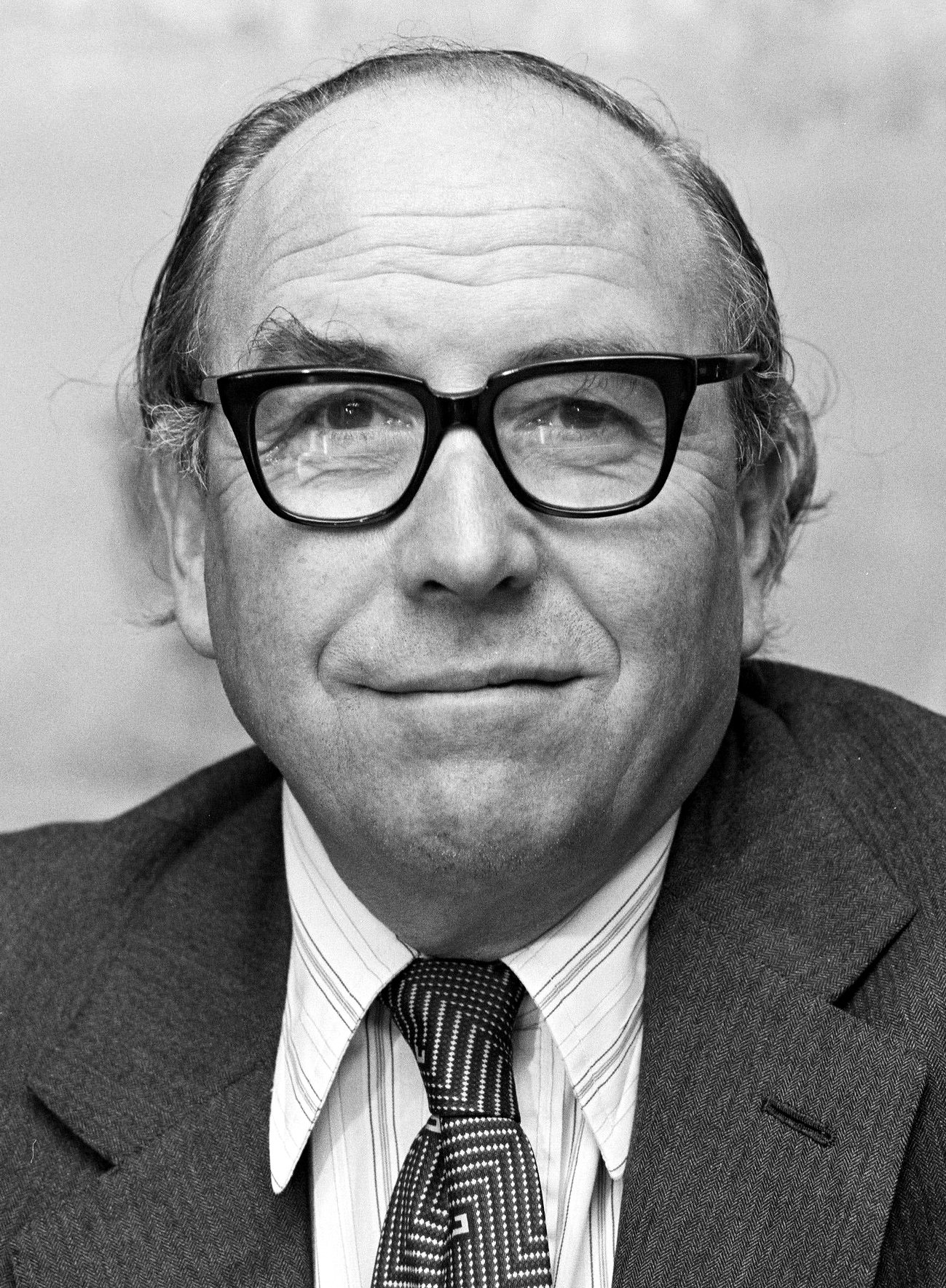 Roy Harris Jenkins, Baron Jenkins of Hillhead, (11 November 1920 – 5 January 2003) was a British politician who served as President of the European Commission from 1977 to 1981. At various times a Member of Parliament (MP) for the Labour Party, Social Democratic Party (SDP) and the Liberal Democrats, he was Chancellor of the Exchequer and Home Secretary under the Wilson and Callaghan Governments.

The son of Arthur Jenkins, a coal-miner and Labour MP, Jenkins was educated at the University of Oxford and served as an intelligence officer during the Second World War. Initially elected as MP for Southwark Central in 1948, he moved to become MP for Birmingham Stechford in 1950. On the election of Harold Wilson after the 1964 election, Jenkins was appointed Minister of Aviation. A year later, he was promoted to the Cabinet to become Home Secretary. In this role, Jenkins embarked on a major reform programme; he sought to build what he described as "a civilised society", overseeing measures such as the effective abolition in Britain of both capital punishment and theatre censorship, the partial decriminalisation of homosexuality, relaxing of divorce law, suspension of birching and the liberalisation of abortion law.

After the devaluation crisis in November 1967, Jenkins replaced James Callaghan as Chancellor of the Exchequer. Throughout his time at the Treasury, Jenkins oversaw a tight fiscal policy in an attempt to control inflation, and oversaw a particularly tough Budget in 1968 which saw major tax rises. As a result of this, the Government's current account entered a surplus in 1969. After Labour unexpectedly lost the 1970 election, Jenkins was elected as Deputy Leader of the Labour Party in 1970. He resigned from the position in 1972 after the Labour Party decided to oppose Britain's entry to the European Communities, which he strongly supported. When Labour returned to power following the 1974 election, Wilson appointed Jenkins as Home Secretary for the second time. Two years later, when Wilson resigned as Prime Minister, Jenkins stood in the leadership election to succeed him, finishing third behind Michael Foot and the winner James Callaghan. He subsequently chose to resign from Parliament and leave British politics, to accept appointment as the first-ever British President of the European Commission, a role he took up in January 1977.

After completing his term at the Commission in 1981, Jenkins announced a surprise return to British politics; dismayed with the Labour Party's move further left under the leadership of Michael Foot, he became one of the "Gang of Four", senior Labour figures who broke away from the party and founded the SDP. In 1982, Jenkins won a by-election to return to Parliament as MP for Glasgow Hillhead, taking the seat from the Conservatives in a famous result. He became leader of the SDP ahead of the 1983 election, during which he formed an electoral alliance with the Liberal Party. After his disappointment with the performance of the SDP in the election, he resigned as leader. He subsequently lost his seat in Parliament at the 1987 election, and accepted a life peerage shortly afterwards; he sat in the House of Lords as a Liberal Democrat.

He was later elected to succeed former Prime Minister Harold Macmillan as Chancellor of the University of Oxford following the latter's death; he would hold this position until his own death sixteen years later. In the late 1990s, he served as a close adviser to Prime Minister Tony Blair and chaired a major commission on electoral reform. In addition to his political career, he was also a noted historian, biographer and writer. His (1991) is regarded as one of the best autobiographies of the later twentieth century, which "will be read with pleasure long after most examples of the genre have been forgotten". Jenkins died in 2003, aged 82. Provided by Wikipedia
1