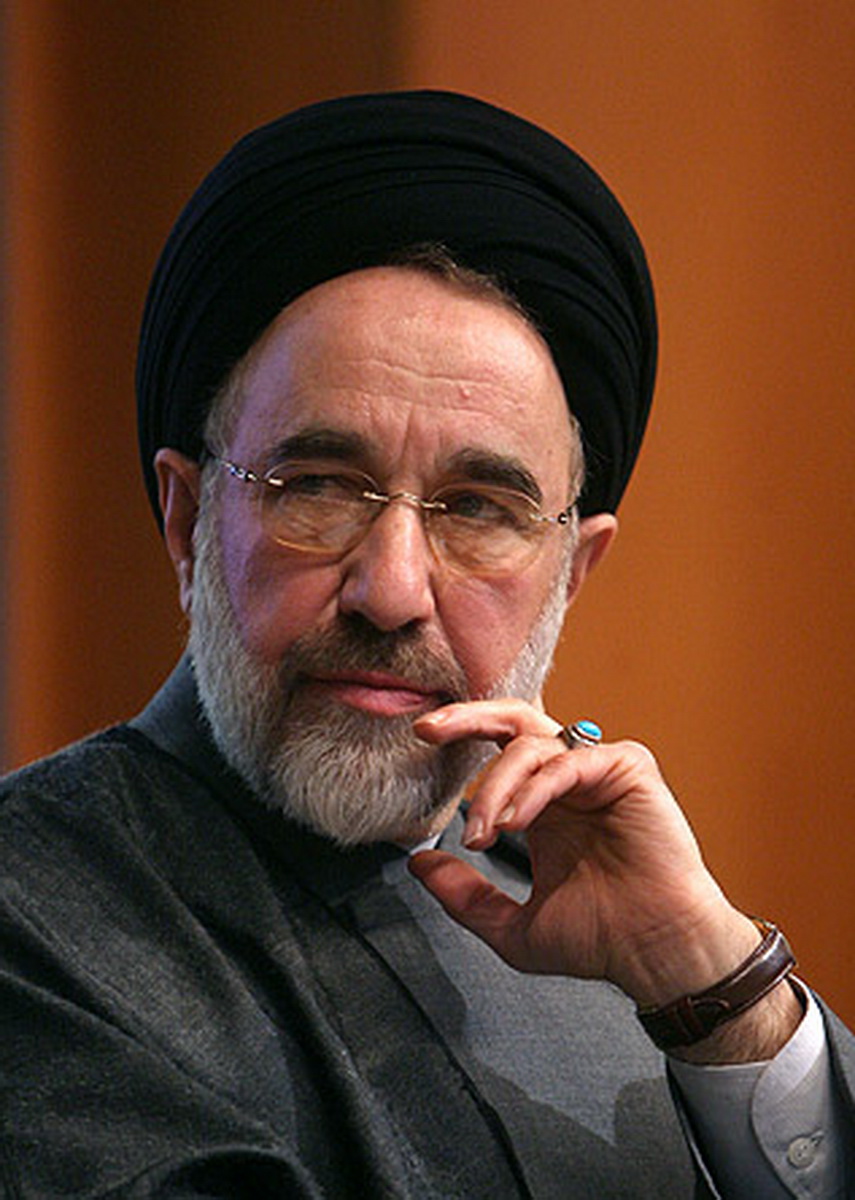 Sayyid Mohammad Khatami (, ; born 14 October 1943) served as the fifth president of Iran from 3 August 1997 to 3 August 2005. He also served as Iran's minister of Culture from 1982 to 1992. Later, he was critical of the government of President Mahmoud Ahmadinejad.

Little known internationally before becoming president, Khatami attracted attention during his first election to the presidency when he received almost 70% of the vote. Khatami had run on a platform of liberalization and reform. During his two terms as president, Khatami advocated freedom of expression, tolerance and civil society, constructive diplomatic relations with other states including those in Asia and the European Union, and an economic policy that supported a free market and foreign investment.

On 8 February 2009, Khatami announced that he would run in the 2009 presidential election but withdrew on 16 March in favor of his long-time friend and adviser, former Prime Minister of Iran, Mir-Hossein Mousavi.

In October 2009, the award committee of the Global Dialogue Prize declared Dariush Shayegan and Mohammad Khatami as joint winners of the inaugural award, "for their work in developing and promoting the concept of a 'dialogue among cultures and civilizations' as new paradigm of cultural subjectivity and as new paradigm of international relations". The Global Dialogue Prize is one of the world's most significant recognition for research in the Humanities, honoring "excellence in research and research communication on the conditions and content of a global intercultural dialogue on values". In January 2010, Mohammad Khatami stated that "he was not in the position to accept the award", and the prize was given to Dariush Shayegan alone. The Iranian media are forbidden on the orders of Tehran's prosecutor from publishing pictures of Khatami, or quoting his words, on account of his support for the defeated reformist candidates in the disputed 2009 re-election of Mahmoud Ahmadinejad. Provided by Wikipedia
1