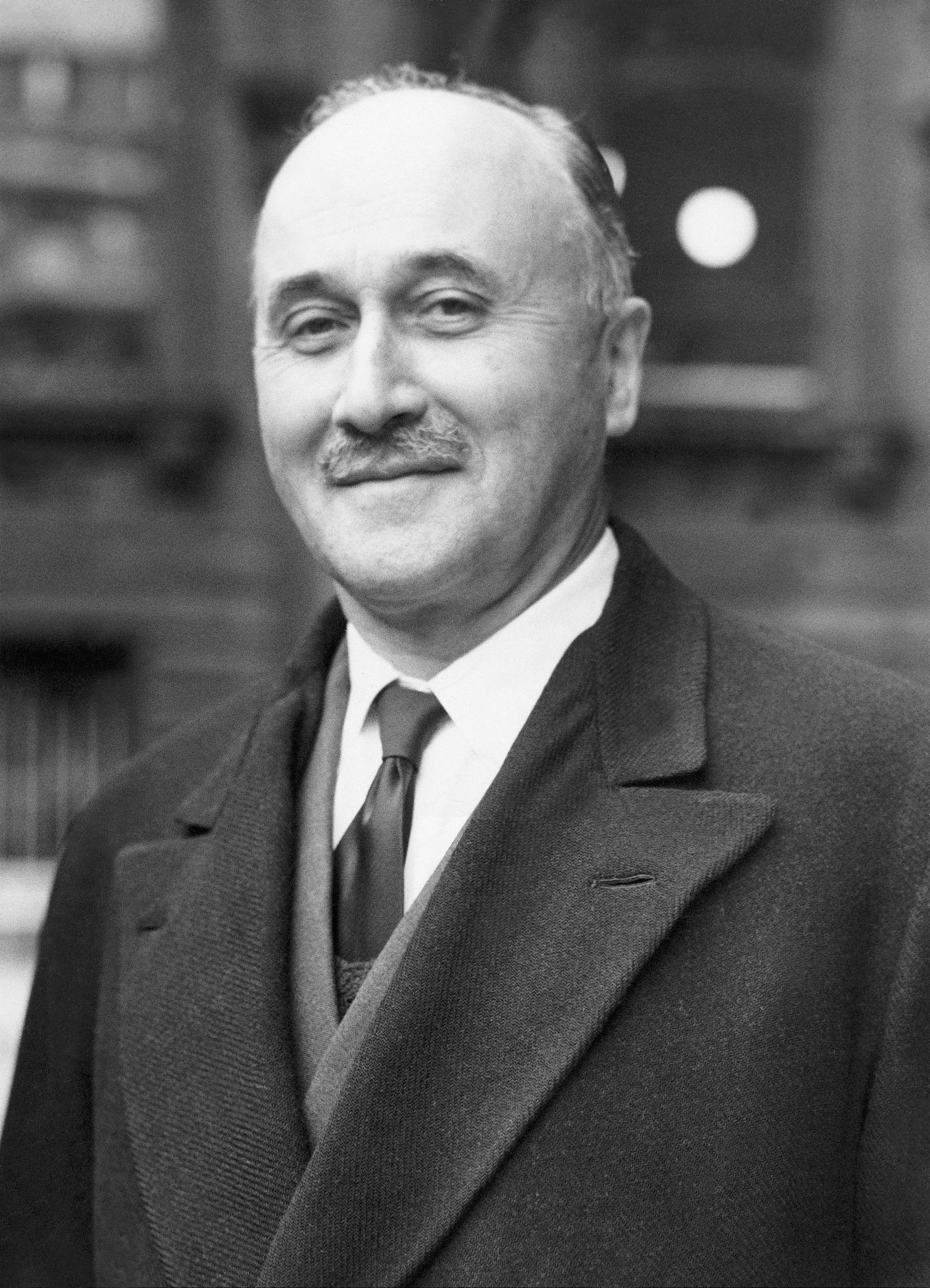 Jean Omer Marie Gabriel Monnet (; 9 November 1888 – 16 March 1979) was a French entrepreneur, diplomat, financier, administrator, and political visionary. An influential supporter of European unity, he is considered one of the founding fathers of the European Union.

Jean Monnet has been called "The Father of Europe" by those who see his innovative and pioneering efforts in the 1950s as the key to establishing the European Coal and Steel Community, the predecessor of today's European Union. Although Monnet was never elected to public office, he worked behind the scenes of American and European governments as a well-connected "pragmatic internationalist".

He was the first-ever individual to be bestowed Honorary Citizenship of Europe in 1976. On the hundredth anniversary of his birth in 1988 he was honoured by interment in the Panthéon. Provided by Wikipedia
1