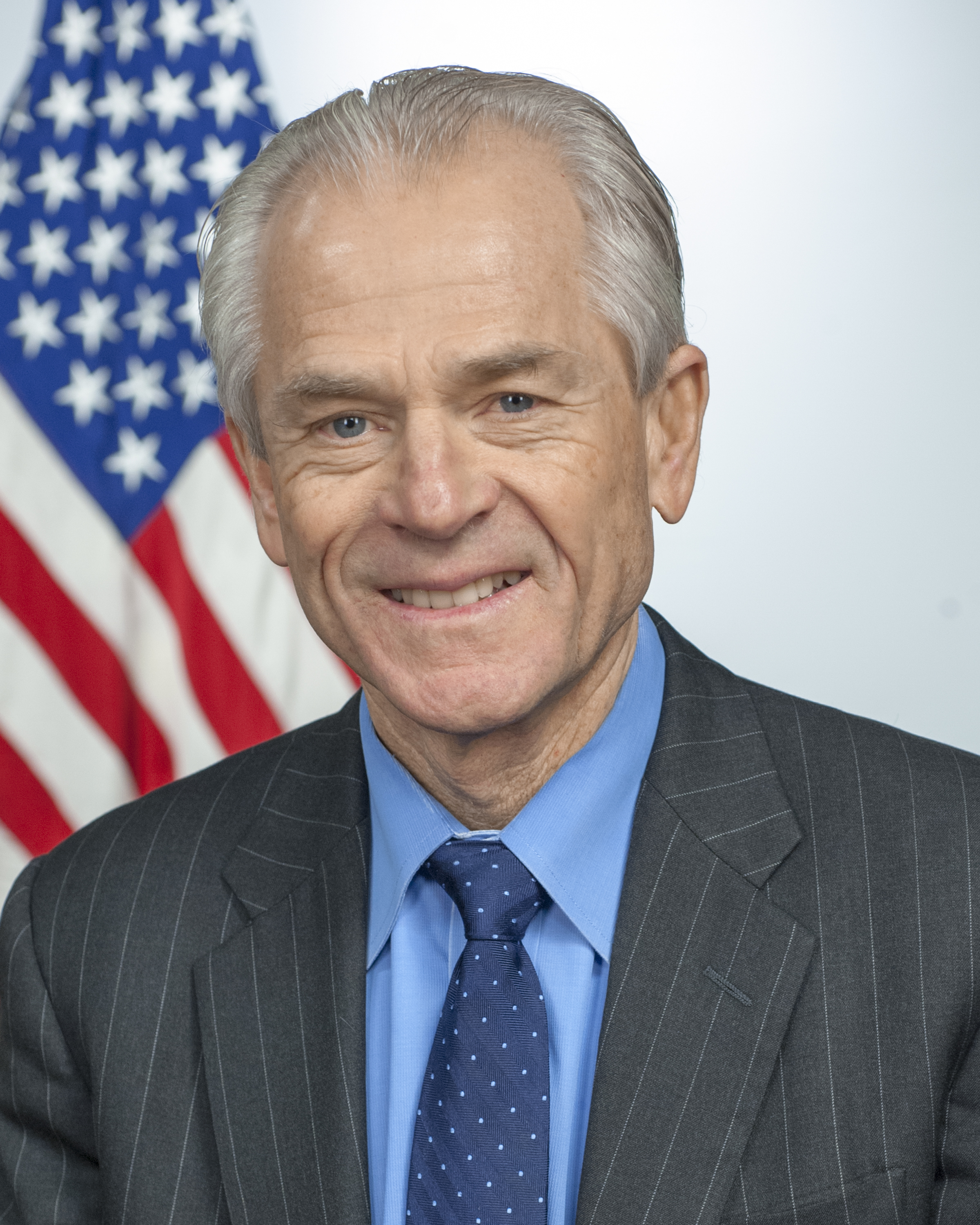 Peter Kent Navarro (born July 15, 1949) is an American political figure who served in the Trump administration as the Assistant to the President, Director of Trade and Manufacturing Policy, and the national Defense Production Act policy coordinator. He previously served as a Deputy Assistant to the President and Director of the White House National Trade Council, a newly created entity in the White House Office, until it was folded into the Office of Trade and Manufacturing Policy, a new role established by executive order in April 2017. He is also a professor emeritus of economics and public policy at the Paul Merage School of Business, University of California, Irvine, and the author of ''Death by China'', among other publications. Navarro ran unsuccessfully for office in San Diego, California, five times.

Navarro's views on trade are significantly outside the mainstream of economic thought, and are widely considered fringe by other economists. A strong proponent of reducing U.S. trade deficits, Navarro is well known as a critic of Germany and China and has accused both nations of currency manipulation. He has called for increasing the size of the American manufacturing sector, setting high tariffs, and "repatriating global supply chains." He is also a vocal opponent of multilateral free trade agreements such as NAFTA and the Trans-Pacific Partnership Agreement.

In the Trump administration, Navarro was a hawkish advisor on trade, as he encouraged Trump to implement trade protectionist policies. In explaining his role in the Trump administration, Navarro said that he is there to "provide the underlying analytics that confirm [Trump's] intuition [on trade]. And his intuition is always right in these matters." In 2018, as the Trump administration was implementing trade restrictionist policies, Navarro argued that no countries would retaliate against U.S. tariffs "for the simple reason that we are the most lucrative and biggest market in the world"; shortly after the implementation of the tariffs, other countries did implement retaliatory tariffs against the United States, leading to trade wars.

During his final year in the Trump administration, Navarro was involved in the administration's COVID-19 response. Early on, he issued private warnings within the administration about the threat posed by the virus, but downplayed the risks in public. He publicly clashed with Anthony Fauci, the director of the National Institute of Allergy and Infectious Diseases, as Navarro touted hydroxychloroquine as a treatment of COVID-19 and condemned various public health measures to stop the spread of the virus.

After Joe Biden won the 2020 election and Donald Trump refused to concede, Navarro advanced conspiracy theories of election fraud and in February 2022 was subpoenaed to testify before the House Select Committee on the January 6 Attack. Navarro refused to comply, asserting executive privilege, and was referred to the Justice Department; a grand jury indicted him on two counts of contempt of Congress on June 2, 2022; he pleaded not guilty two weeks later. Provided by Wikipedia
1