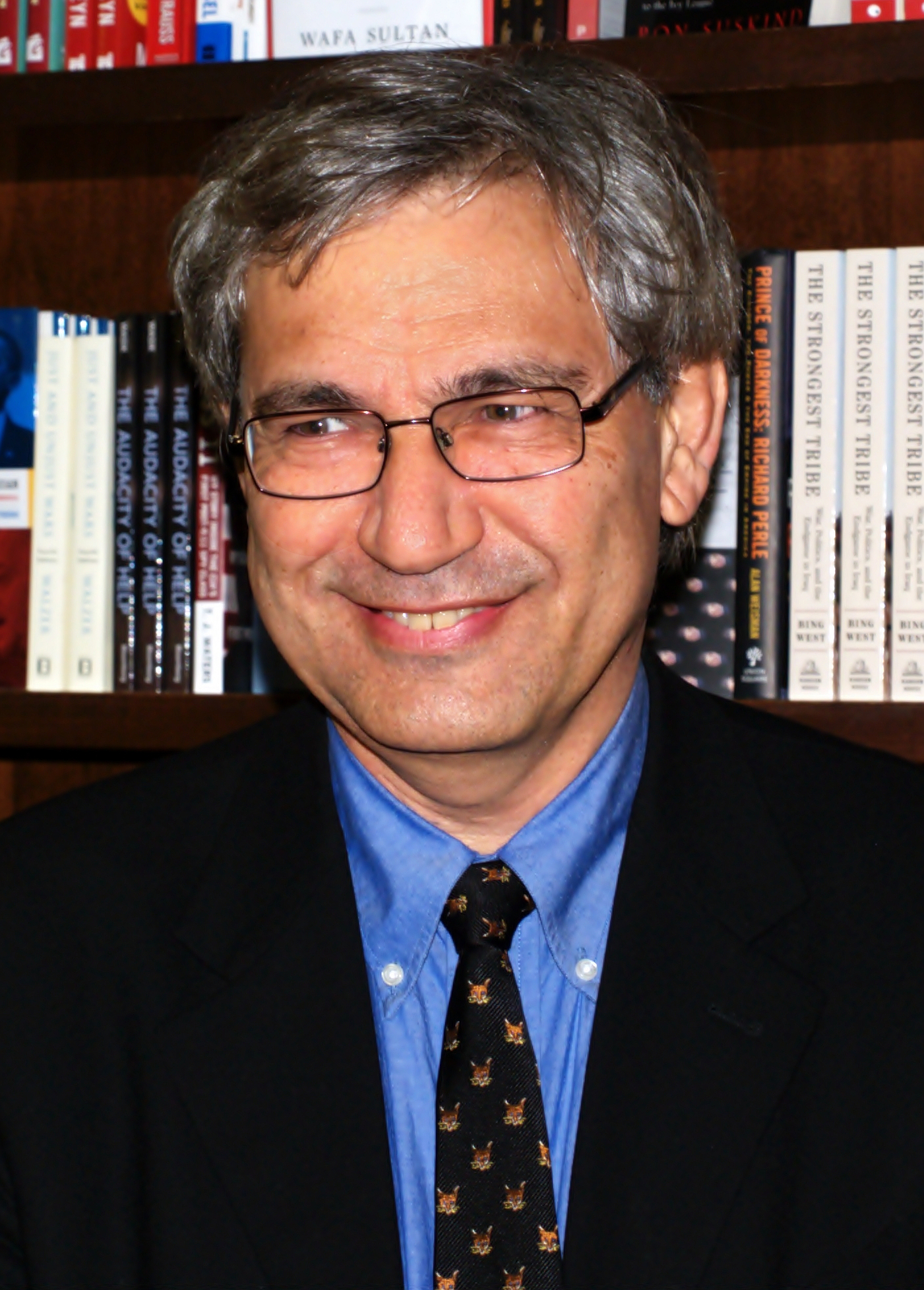 Ferit Orhan Pamuk (born 7 June 1952) is a Turkish novelist, screenwriter, academic and recipient of the 2006 Nobel Prize in Literature. One of Turkey's most prominent novelists, his work has sold over thirteen million books in sixty-three languages, making him the country's best-selling writer.

Pamuk is the author of novels including ''Silent House'', ''The White Castle'', ''The Black Book'', ''The New Life'', ''My Name Is Red'', ''Snow'', ''The Museum of Innocence'', ''A Strangeness in My Mind'' and ''The Red-Haired Woman''. He is the Robert Yik-Fong Tam Professor in the Humanities at Columbia University, where he teaches writing and comparative literature. He was elected to the American Philosophical Society in 2018.

Of partial Circassian descent and born in Istanbul, Pamuk is the first Turkish Nobel laureate. He is also the recipient of numerous other literary awards. ''My Name Is Red'' won the 2002 Prix du Meilleur Livre Étranger, 2002 Premio Grinzane Cavour and 2003 International Dublin Literary Award.

The European Writers' Parliament came about as a result of a joint proposal by Pamuk and José Saramago. Pamuk's willingness to write books about contentious historical and political events put him at risk of censure in his homeland. In 2005, an ultra-nationalist lawyer sued him over a statement regarding the Armenian genocide in the Ottoman Empire. His intention, according to Pamuk himself, had been to highlight issues relating to freedom of speech in the country of his birth. The court initially declined to hear the case, but in 2011 Pamuk was ordered to pay 6,000 liras in total compensation for having insulted the plaintiffs' honor. Provided by Wikipedia
1