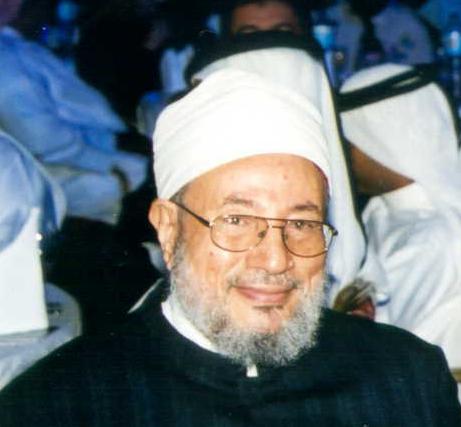 Yusuf al-Qaradawi (; or ''Yusuf al-Qardawi''; 9 September 1926 – 26 September 2022) was an Egyptian Islamic scholar based in Doha, Qatar, and chairman of the International Union of Muslim Scholars. His influences included Ibn Taymiyya, Ibn Qayyim, Sayyid Rashid Rida, Hassan al-Banna, Abul Hasan Ali Hasani Nadwi, Abul A'la Maududi and Naeem Siddiqui. He was best known for his programme الشريعة والحياة, ''al-Sharīʿa wa al-Ḥayāh'' ("Sharia and Life"), broadcast on Al Jazeera, which had an estimated audience of 40–60 million worldwide. He was also known for IslamOnline, a website he helped to found in 1997 and for which he served as chief religious scholar.

Al-Qaradawi published more than 120 books, including ''The Lawful and the Prohibited in Islam'' and ''Islam: The Future Civilization''. He also received eight international prizes for his contributions to Islamic scholarship, and was considered one of the most influential Islamic scholars living. Al-Qaradawi had a prominent role within the intellectual leadership of the Muslim Brotherhood, an Egyptian political organization, although he repeatedly stated that he was no longer a member and twice (in 1976 and 2004) turned down offers for the official role in the organization.

Al-Qaradawi was sometimes described as a "moderate Islamist". Some of his views, such as his condoning of Palestinian suicide bombings against Israelis, caused reactions from governments in the West: he was refused an entry visa to the United Kingdom in 2008, and barred from entering France in 2012. Provided by Wikipedia
1