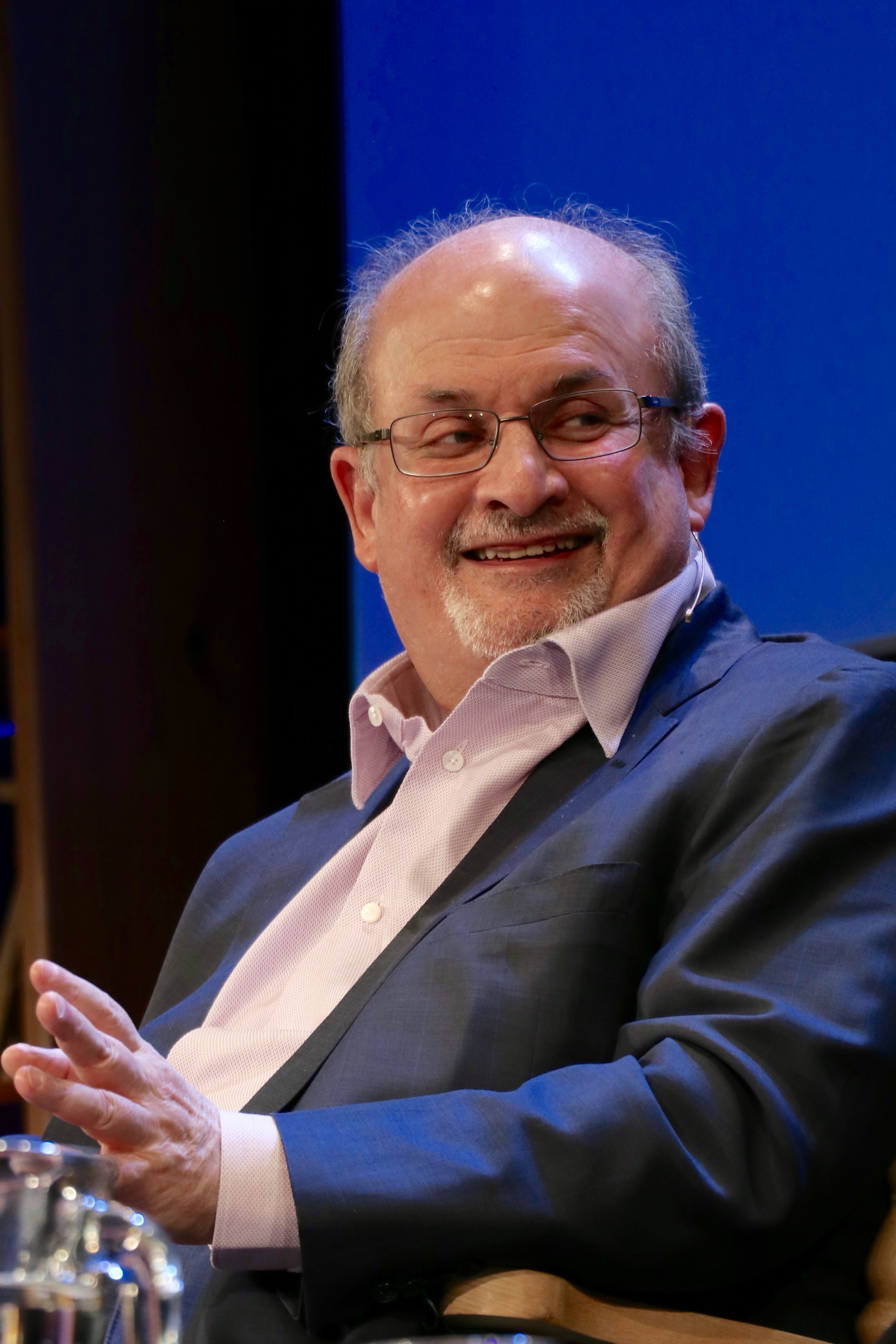 Sir Ahmed Salman Rushdie.}} (born 19 June 1947) is an Indian-born British-American novelist and essayist. His work, combining magical realism with historical fiction, is primarily concerned with the many connections, disruptions, and migrations between Eastern and Western civilizations, with much of his fiction being set on the Indian subcontinent.

His second novel, ''Midnight's Children'' (1981), won the Booker Prize in 1981 and was deemed to be "the best novel of all winners" on two occasions, marking the 25th and the 40th anniversary of the prize. His fourth novel, ''The Satanic Verses'' (1988), was the subject of a major controversy, provoking protests from Muslims in several countries. Death threats were made against him, including a ''fatwā'' calling for his assassination issued by Ayatollah Ruhollah Khomeini, the Supreme Leader of Iran, on 14 February 1989. The British government put Rushdie under police protection.

In 1983, Rushdie was elected a fellow of the Royal Society of Literature, the UK's senior literary organisation. He was appointed Commandeur de l'Ordre des Arts et des Lettres of France in January 1999. In June 2007, Queen Elizabeth II knighted him for his services to literature. In 2008, ''The Times'' ranked him thirteenth on its list of the 50 greatest British writers since 1945.

Since 2000, Rushdie has lived in the United States. He was named Distinguished Writer in Residence at the Arthur L. Carter Journalism Institute of New York University in 2015. Earlier, he taught at Emory University. He was elected to the American Academy of Arts and Letters. In 2012, he published ''Joseph Anton: A Memoir,'' an account of his life in the wake of the controversy over ''The Satanic Verses''. Provided by Wikipedia
1