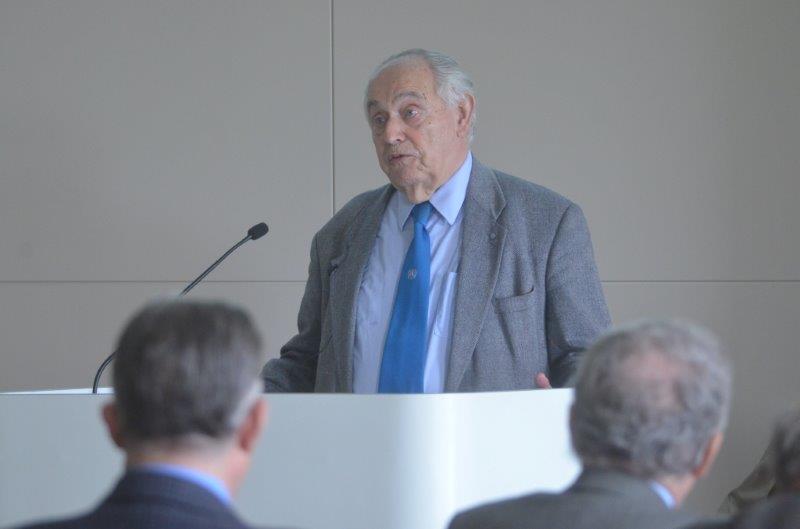 Mihály Simai (born 1930, in Budapest) is a noted Hungarian economist, researcher at the Institute for World Economics, Research Centre for Economic and Regional Studies of the Hungarian Academy of Sciences and professor at Corvinus University. His main area of specialization is world economics and the transformation of the world economic system. Previous posts include his directorship of the World Institute for Development Economics Research, Helsinki between 1993-1995, membership and presidency of the United Nations University Council between 1987-1993, directorship of the Institute for World Economics, Hungarian Academy of Sciences between 1987-1991, and vice-chairmanship of the UNICEF Governing Council between 1979-1985. Provided by Wikipedia
1