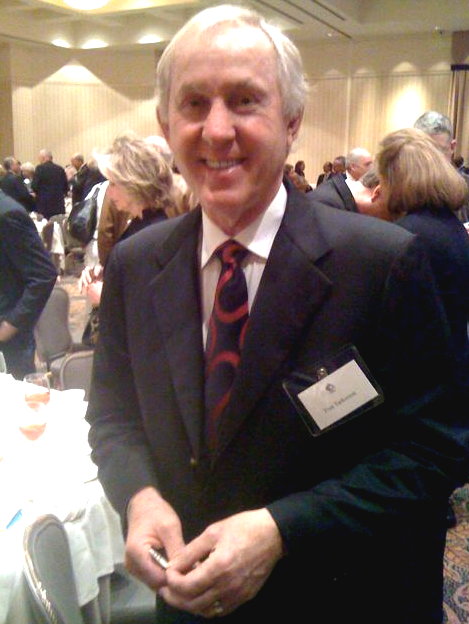 Francis Asbury Tarkenton (born February 3, 1940) is a former American football quarterback who played in the National Football League (NFL) for 18 seasons, primarily with the Minnesota Vikings. He played college football for the University of Georgia, where he was recognized as a two-time first-team All-SEC, and was selected by the Vikings in the third round of the 1961 NFL Draft. After retiring from football, he became a television personality and computer software executive.

Tarkenton's tenure with the Vikings spanned 13 non-consecutive seasons, playing with the team for six seasons from 1961 to 1966, then for seven seasons from 1972 to 1978. In between his years in Minnesota, Tarkenton was a member of the New York Giants for five seasons. At the time of his retirement, Tarkenton owned every major quarterback record. He was inducted into the Pro Football Hall of Fame in 1986 and the College Football Hall of Fame in 1987.

In addition to his football career, Tarkenton served as a commentator on ''Monday Night Football'' and a co-host of ''That's Incredible!''. He also founded Tarkenton Software, a computer-program generator company, and he toured the U.S. promoting CASE (computer-aided software engineering) with Albert F. Case Jr. of Nastec Corporation. Tarkenton Software later merged with KnowledgeWare (with Tarkenton as president), until selling the company to Sterling Software in 1994. Provided by Wikipedia
1